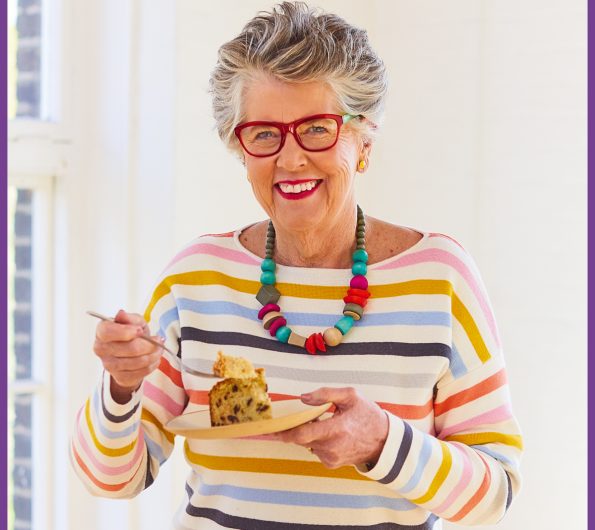 In my first season on The Great British Bake off, one of the contestants in a Christmas special was Val Stones, a great character and altogether lovely women.  She introduced me to dried Bing cherries from Oregon. Bing cherries are particularly sweet and full- flavoured but are too juicy to used fresh- they’d make the sponge soggy- so I buy dried ones online

115g unsalted butter, at room temperature, plus extra for greasing 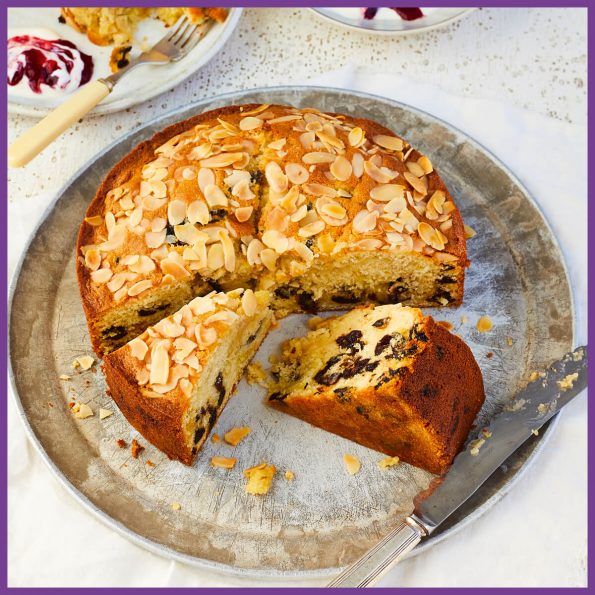 This cake will keep in an airtight container for up to 1 week. It also freezes perfectly.

‘One of my favourites and the builders too!!!’