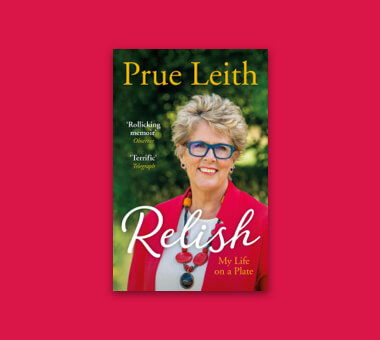 (taken from Relish: My Life on a Plate. Published by Quercus)

I was very confident of my Oxford orange marmalade. I liked the slightly bitter caramel taste that two tablespoons of black treacle gave it. I did not yet have a typewriter and I sent the recipe in handwritten.

But I’d forgotten to cross the T of two tablespoons, so it appeared, not 2 tbs, but 2 lbs. And two pounds of black treacle is rather a lot for a couple of pounds of oranges.

The Daily Mail switchboard went white hot with readers ringing in to complain of the sticky goo in their saucepans or, worse, of solid black rock and wrecked pan, and curtains that smelt of burnt molasses.

The Daily Mail had to pay out seventeen shillings and fivepence (this was before Harold Wilson turned this into 87.5p) to every reader to compensate them for the ingredients.

Then one woman rang up and said, ‘Look, how many oranges and how much sugar must I add to the treacle to get the proportions right again?’ Sensible woman, I thought. From now on we’ll pay out no more compensation – we’ll just encourage people to make a few years’ marmalade at once. I worked out that she would need to make 160 pots of marmalade. We paid her the seventeen shillings and fivepence.

I was sure this time I must be for the chop, but no summons came from above.

But next day when I arrived at my desk I found a letter bomb on it. I knew what it was because we were in the middle of the IRA letter bomb campaign which targeted newspapers and we had all been given training: if you could feel something squashy that would be the Semtex, and something that felt like wires was not good news either.

My envelope had the squashy bit in the middle and wires on both sides of it. I remember thinking this an over-the- top reaction to a mistake in a recipe, but I did what we were trained to do and cleared our room (I sat opposite Lynda Lee Potter and we scuttled out together). I phoned the post room, who phoned the police and a copper came and took away my envelope.

‘After a couple of hours they told me to collect it. It contained a lump of marmalade toffee with a dental brace embedded in it, two teeth attached. And a large orthodontist’s bill.’